You are here: Knowledge Corner - Year Planners
2015 Year Planner - India
For other countries click here.
For other years click here.
In this section you will find FREE 2015 Year Planners in Excel format (free for personal and commercial use).
These files can be freely distributed but only in their original form, the filename(s) must include the following: www.YourSpreadsheets.co.uk.
If the file(s) is to be posted on a website then the following sentence must be included: Title block file provided by www.YourSpreadsheets.co.uk. The web address must be a direct hyperlink and must be clearly visible. Note: I do not take any responsibility for these files, use them at your own risk.

See print screens below for examples of available designs (based on Year Planner 2014): 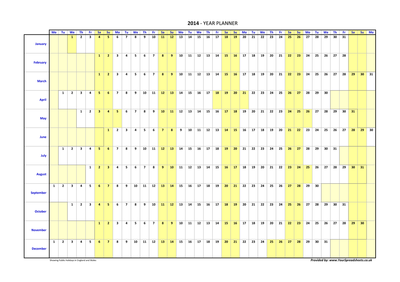 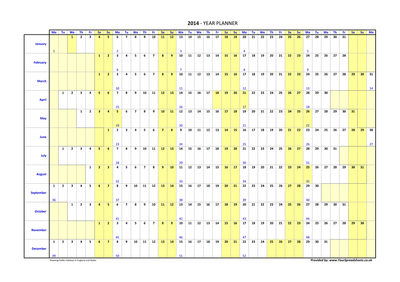 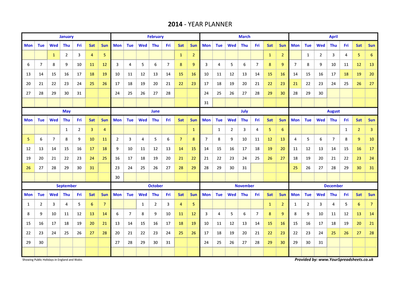 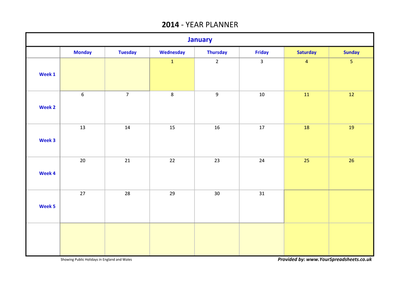 A4 page per month Year Planner 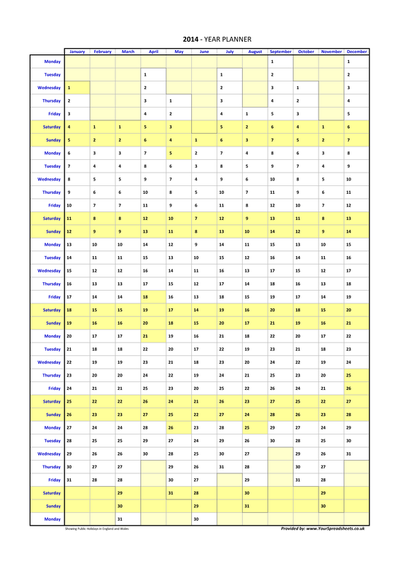 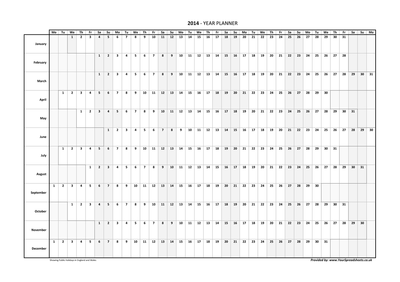 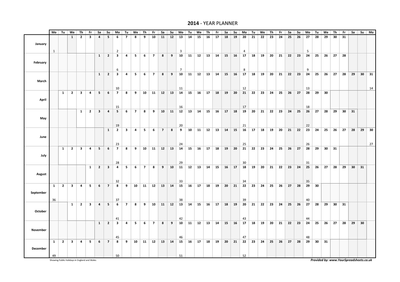 A4 horizontal with week numbers Year Planner - Black and White 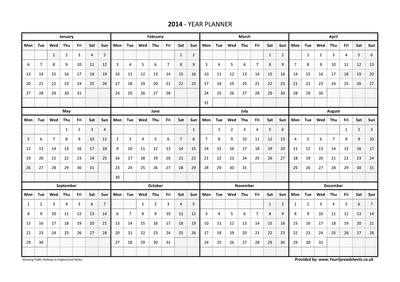